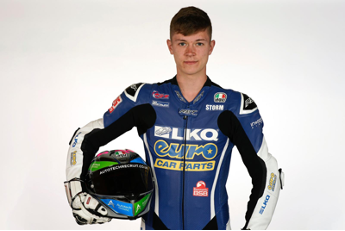 Autotech Group has been named as a sponsor of British Superbike’s youngest rider, Storm Stacey, ahead of the season which starts in June. Last year, the 18-year-old clinched the title of youngest rider to score a point when he finished 15th at Silverstone during his historic maiden campaign. Competing within this