SO HERE IT IS – MERRY CHRISTMAS EVERYONE 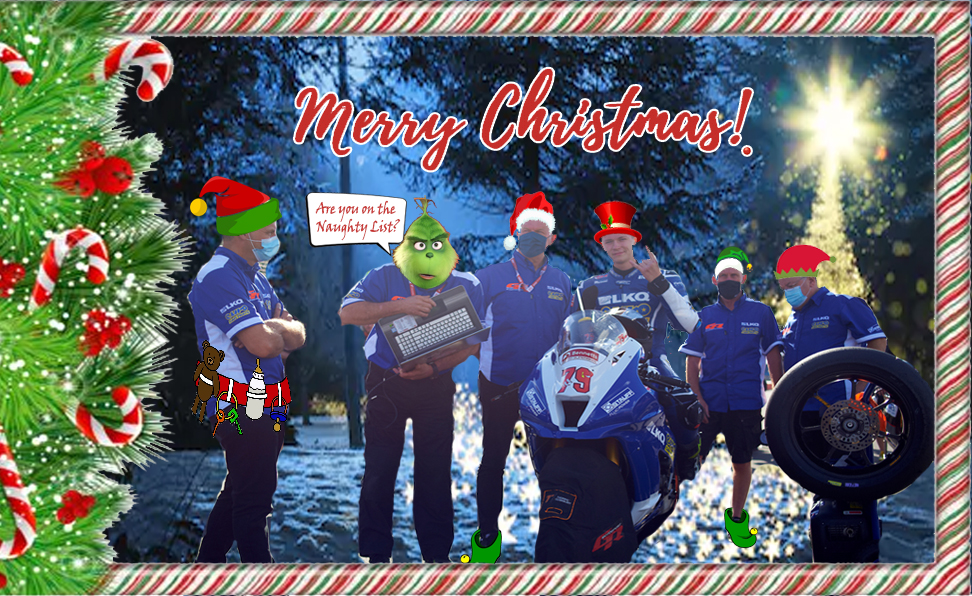 SO HERE IT IS – MERRY CHRISTMAS EVERYONE

Well here we are at Christmas 2020 after the strangest year in generations! It’s been incredibly testing for everyone in every walk of life. We have all witnessed incredibly sad moments for far too many, and we have also seen thousands of everyday people and Key Workers step up from nowhere to become our Hero’s, for which we thank them all from the bottom of our hearts!

Sport in general took a kicking but we all needed some entertainment and if there was a way forward it should and would be found.

The 2020 British Superbikes season initially looked domed with the windows of opportunity to run opening and closing so fast it was hard to see light at the end of the tunnel.

Incredibly hard work by Stuart Higgs, and his MSVR/BSB Team and everyone else involved made it happen all bet behind closed doors. The 6 event 18 race BSB, plus support class format was incredibly hard work for everyone but we all pulled it off and created a fantastic championship with awesome TV and Social Media entertainment for everyone.

My own Team and Partners came together very late for our 25 anniversary season to produce a brilliant effort with Storm in BSB, Dani in STK 1000 and Corey in BTC.

Storm with his LKQ Euro Car Parts Superbike crew Geoff, Simon, Mark, Martin and Tim made such great progress scoring points throughout the season with the highlight of the garage electric atmosphere at Silverstone when he raced to his first BSB point.

Dani season on the Stauff Fluid Power Stocker did not start well where he came over from Spain straight into lockdown with Paloma and while trying his best with Jamie, Gary, Scott and Ashley it never quite worked for him.

Corey had a mixed season aboard the Stauff Fluid Power Academy Moto3, testing the full range of his crew’s emotions.  Dad Graham, Liam, Mark and Kev Malloy saw some high speed crashes (not his fault) and stunning rides fighting for podiums.

But this is not the whole story of a great Team –  Nathan kept everyone that well-nourished I am sure there were a few pounds added – Danny was building bikes at the workshop – Aaron is always there to capture the moment forever – Mick is the awesome go to for driving, vehicle needs and coffee machines and Clare’s PR and social media reached out for the Team and all our partners to the fans to keep them entertained and involved.

None of this could have been at all possible without the support of our friends and commercial partners: –