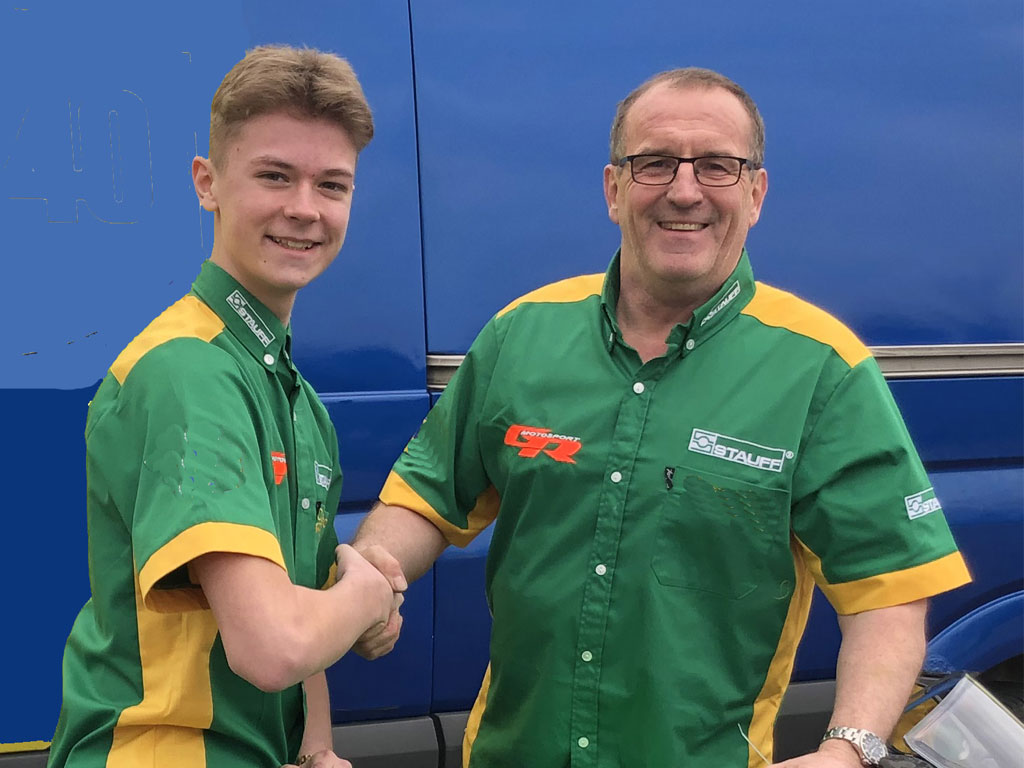 There’s a Storm coming to the Bennetts British Superbike Championship as the youngest-ever rider lines up on the 2020 grid in Britain’s premier motorsport series. Storm Stacey makes his championship debut at the opening round at Silverstone this Easter (April 10/11/12), aged just 16-years-old, 11 months and 19 days.

Stacey has progressed through the support class championships, finishing in third place in the British Motostar Moto3 GP Championship in 2017 and 2018 as well as competing in the British Talent Cup before joining GR Motosport last year to move into the Pirelli National Superstock 600 class.
In only his first season on board the 600cc machine he fought his way into title contention before finishing third in the overall standings at the end of last year’s campaign, claiming 2 race wins and consistent podium finishes.

His graduation to the premier Bennetts BSB class is endorsed by series organizer MSVR who obtained the necessary dispensation due to his age from the ACU as the UK licensing authority, and the MCRCB as the series governing body, following a successful 1000cc machine test program at the end of 2019 and ahead of the forthcoming Spanish and UK tests.

GR Motosport, which has celebrated both British and International titles in the support classes, will continue with the STAUFF Academy which will be announced in due course

Stacey said: “This is really exciting for me – I am still only 16 and I am going to be riding a Superbike in BSB this year! I cannot thank the team and everyone who has supported me so far in my career because without them I would not have this opportunity this year.
“As a team we had looked at Superstock 1000, but after some laps to get a feel for it at both Donington Park and Jerez it felt really natural straight away and I was able to post some good times despite it being my first test.

“The team then wanted to give me this chance on the Superbike and I can’t wait to get started. The way I look at it is it will be a big learning curve but I got inspiration from Ryan Vickers, who moved from the Superstock 600 to the Superbike last year.

“It’s a more powerful bike with no traction control, but I am sure it will feel like second nature to me after the first round of tests, but there is no pressure on me and I love to learn the bike and understand it. That was what I did last year in the Superstock 600 class and we were fighting for the title at the final round!

“I have been getting myself in gear ready for testing and this new challenge and I am really looking forward to having this chance to prove myself on the Superbike gradually over the season.”

Team Owner Brent Gladwin commented: “As part of our 2020 Celebrations to announce that Storm will be lining up in the Superbike class is something that we are immensely excited about. It is a landmark season for us with it being the 25th Year in Racing so to be able to continue our ethos of young rider development by giving such a young and talented rider the chance to progress from the STAUFF Academy to the Superbike grid make me extremely proud.

“Storm has shown such a level of ability and maturity both on and off the track and this is something that we are looking forward to developing throughout the 2020 season. We know that it is a big step up from the Superstock 600 class, but from what we saw at the end of the season Spanish tests on the big bike and no pressure – Storm can learn and progress throughout this year and into the next, and I think we are going to have a lot of fun.